Stamp Duty is not Affordable

The housing sector in Australia contributes nearly $40 billion in taxation revenue to federal, state and local governments each year, or 11% of the total taxation revenue collected. Despite the fact that stamp duty is widely acknowledged as an inefficient tax, little has been done to ease the pressure from those buying property.

Stamp duty is the tax imposed by state governments on certain contracts, with the amount of tax payable calculated as a percentage of the contract value.

Australia has a long history of inconsistency and complexity in this area with states and territories applying different stamp duty rates and offering different concessions depending on the characteristics of the buyer and the property. 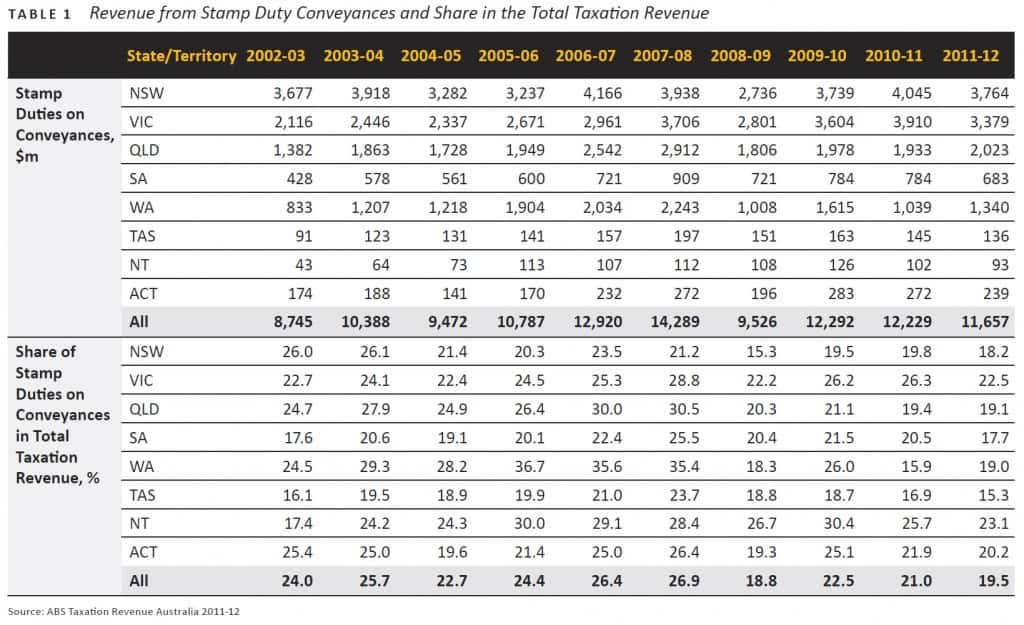 The Real Estate Institute of Australia (REIA) has been advocating for stamp duties to be abolished. REIA’s biggest concern is the damage stamp duties do to housing affordability and labour mobility.

Stamp duties represent additional costs to property transactions, thereby discouraging turnover of housing and distorting choices between renting and buying and between moving house and renovating. Individuals who move more frequently would pay more taxes than those who move less often. Others, who would have to buy or sell if they changed jobs, could be deterred by these costs, thus reducing labour mobility. These distortions lead to sub-optimal outcomes, reduce investment in the property market and impede labour mobility.

Stamp duties should be abolished and replaced by an efficient source of revenue for states and territories.