FIRST HOME SAVER ACCOUNT: LOW UPTAKE OF GENEROUS SCHEME TO ASSIST IN SAVING FOR A DEPOSIT.

The Real Estate Institute of Australia (REIA) is concerned about declining rates of home ownership in Australia and in its Pre- Budget Submission calls on all Australian governments to address the issue of falling housing affordability by providing much needed support to first home buyers.

Government incentives provide significant assistance to those who struggle to enter the property market by making it easier for first home buyers to save for a deposit. However, incentives across Australia are inconsistent and changeable.

Among government initiatives designed to help first home buyers save for deposit is the First Home Saver Account (FHSA) established by the Rudd Government. From October 2008, Australian first home buyers aged 18 years and over could enjoy generous government contribution of 17% up to the certain threshold and flat tax rate on interest. Currently, the Government would add $1,020 if a deposit of $6,000 is made to the account. The table below shows FHSA rates and thresholds between 2008 and 2014.

With the phenomenal returns offered by the initiative, it is incongruent that the FHSA has not seen huge uptake with only 46,000 accounts being opened by the end of last year with the total balance of $521.5 million. 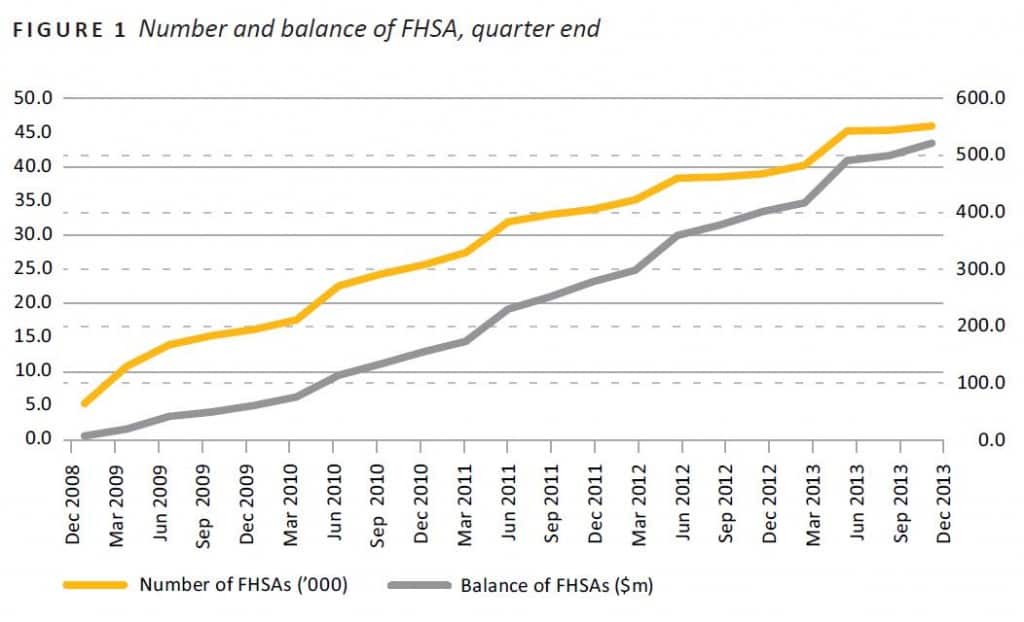 Despite the fact that by December 2013 there were around 46,000 first home saver accounts and that this figure was well over half of the total number of first home buyers in Australia last year, restrictive requirements denying them access to their money for a minimum of four years do little to encourage new participants to open these accounts.

The Australian Prudential Regulation Authority shows that in 2013, the total number of first home saver accounts increased by 7,000, about 8.5% of the 82,599 first home buyers for last year.

REIA would like to see the initiative upheld and improved by making first home saver accounts more flexible. Particularly, REIA believes that capping the accounts could be based on movements in house prices rather than the CPI. REIA also would like first home buyers to have access to their voluntary superannuation contribution for the purchase of a home with the scheme to be an adjunct to the FHSA.

REIA believes that assistance to first home buyers should be ongoing and consistent. We have seen a diminishing of first home buyers from the market following changes to the FHOG and stamp duty concessions for purchase of established homes. REIA strongly believes that the FHSA initiative could be improved and provide much needed assistance to a generation who, if we are not careful, will be locked out of home ownership.